Hey everyone we are back with a new post for you. Sorry, we were away for so long. In today’s topic, we have something to think about. We all have played in some form or another. I started playing games at the local arcade, then bought a Gameboy advance, then a computer, and now my regular choice of a gaming device is my smartphone.

In the past few years, I have seen that smartphones are getting better and better. A device that is slowly trying to become universal. Becoming capable of running some games that have been difficult to run on the PC. Smartphone technology is advancing very fast and it looks like the smartphone industry is aiming to create a universal device.

A device that can do anything seems unachievable, but technology has proven time and time again that “If the buyer is willing to pay for it the manufacturers are willing to work for it”. Yes, that is how industries work. Smartphones are moving in the right direction. They already took over the music devices and are on their way to replace personal computers. If this goes on smartphones may become the device that does it all, work, and play all in the same device. But what does this mean for game consoles, especially handheld consoles?

Will Smartphones Take Over Game Consoles? 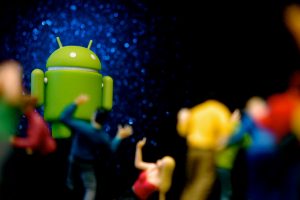 The short answer to the question is “we don’t know”. This is why we are writing this blog post. This pure speculation. We believe these 2 industries will merge but smartphones will be the dominant device and consoles will launch many many small devices that will integrate with your smartphones to give a great gaming experience.

Why would they do that you ask? Because it will save them some money and from having to create the screens for your handheld consoles. The wheel is already moving and as proof, you can look at the “Razer controller series” from Xbox and the “Backbone One”. Xbox has launched its streaming service called the “Xbox Gaming Pass”. The services allow you to play great games online for a fee and the game developers can be somewhat protected from piracy.

But do you have to buy an expensive computer or a console for this? Not at all you can simply download the app, register, pay and play all on your smartphone but you will have to buy a smartphone controller attachment like the Razer Kishi or the Backbone One. They both cost around $100. This is a great way for Xbox and other console developers to make and save money at the same time. This way they can also bond game developers to not distribute their games on other platforms.

The Future Of Game Developers 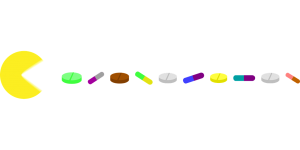 In the early days of the smartphone industry, many developers released their games on smartphones. The only game that worked properly on smartphones from the start was “Sonic adventures” which was an old but gold Sega title. It was a 2D game with limited controls and it was actually like today’s mobile games like subway surf and temple run so it works. Back then these smartphones were not able to run these resource-heavy games.

Capcom released their flagship “Resident Evil 4” on smartphones, which was a very toned-down version of the game. The graphics were very toned down and the character models were not sharp as the game on PC and Consoles. Capcom also released another huge franchise game on smartphones and that was the “Devil May Cry 4”. Sadly DMC4 on mobile has the same setbacks as RE4.

Fast forward a bit and the developers realized that the smartphone platform is big and profitable enough that it deserves some titles of its own. So then came up with many small titles for smartphones. Not toned-down versions of high-quality games that would ruin the experience. But completely new titles that were specifically made to run on smartphones. These titles include Rayman jungle run, Burnout crash, and GTA Chinatown. These are all 2D games.

We have seen both the industries go their own separate ways and have seen the game developers work for both industries separately. But now since the phones are being made for higher and higher performance both the industries are coming together again. Both the Xbox Razer series and the Backbone One have taken inspiration from the Nintendo switch for the designs of their controllers.

While Xbox has also taken inspiration from Netflix for its streaming services. Just like Netflix, Xbox hosts all the games and also creates gaming servers through which people with good internet can stream the games online using the power of the graphics cards, processors, high ram, and SSD memories in their gaming server rigs. This is a high-cost but genius idea. This way your smartphones can stream the best and latest games even with their limited specs.

So looking at all the history above it looks like that the supply chain for the game developers will completely change. They will continue to create high graphics and power-demanding titles. But instead of selling directly to consumers, they will be hosting these games on streaming services like Google Stadia and Xbox Gaming Pass. In simple terms, the industry is about to change from creating consumer products to a service provider, where big-name companies like Google, Sony, and Xbox will become the controlling middle ground. 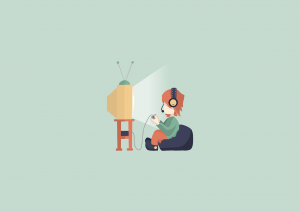 Looks like the smartphone industry is not going to take over the gaming consoles. Instead, the gaming console companies are the ones that are adapting to the changes in consumer behavior. As more and more people are now using their smartphones for gaming on the go and with the start of 5G it is more possible to stream high-performance demanding games. All this development in technology has now led to a revolutionary change in the gaming industry.

Where the consumers only have to buy only 1 high-end device and subscribe to multiple services. Where the developers now will be placing their games on online platforms and they won’t have to worry about distributing the games around the world. Where the mega-corporations now have gained even more control not just on the consumers but on the developers too.

These changes are eliminating the need for gaming consoles for everyone and only the die-hard fans will be left to own consoles. This process is saving resources and the saved up resources can be used to make consoles that are premium for long-term fans.

This huge change in the gaming industry has created an ecosystem where you can enjoy all your best games for a small fee and the game developers can focus more on developing better games instead of distributing them across the world. But every convenience has its consequences. As time progresses the SAAS-powered business model will show some issues as there is no such thing as a perfect strategy. We have to see this by keeping our eye on the industry and its developing trends.

We hope you like our blog post on the topic of phones vs consoles. This topic is very well researched and focuses on the current real-time changes in the gaming industry. If you like this type of blog please visit our global tech news section for exciting news. We also do game and app reviews so if you are interested in those then please do check them out.