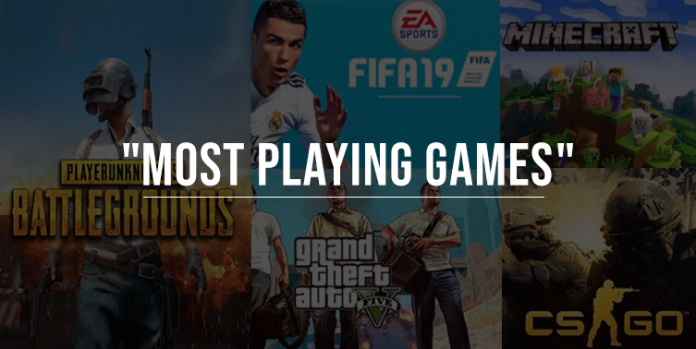 In this current era, the ratio of playing games has been increased from 30% to 50% as compared to last year! Playing games is also beneficial for your mind as the study shows that while playing any game your brain receives stimulation, both Visual and Audio. So, who play games frequently can process these stimulators faster than others. Now let’s read below the most playing games in the world!

Minecraft has become the best-selling game and most playing games of all time. Well, it has sold over 176 million copies around the world. Well, it is a sandbox video game created by Markus Persson. In this game you have to build players with a variety of different blocks in the 3D world it requires some creativity from players. Other activities in this game are crafting, exploration and combat. The games consist of five modes: survival, creative, adventure, spectator and hardcore. Minecraft is the most unique game and interesting to play that’s the reason why people are loving this game and that’s why it becomes the most playing game in the world!

GTA v is the second best selling game in the world as 110 million copies shipped all over the world. It is one of the most financially successful entertainment products of all time. GTA V has been released in September. It is an action plus adventure game published by Rockstar Games. In every grand theft auto version, there are missions to complete like others it also has missions, this game has 79 main story missions in it. There are also many other new features added in this version which is quite interesting. Hence, in short, this is the second most playing game in the world right now!

Well According to the developer PUBG has now pushed past 50 million units worldwide which are huge! Hence it is the third most playing game in the world. Player Unknown’s Battlegrounds is an online multiplayer game that is developed by the South Korean company Blue hole. The game is all about to kill opponents, in this game up to 100 players parachute on to an island and hunt for weapons and equipment’s to kill others. Whoever the last stand wins the round. So, it is very much interesting to play such a game as it can improve the concentration of your mind and also your hearing.

CSGO is a game for those who want a fast-paced, hyper-competitive, quick round-based FPS online game. Counter-strike is the most popular shooting game in the world as the study shows that after the releasement of Counter-Strike Global Offensive in 2012. This is the only game that has got downloaded by 24 million people around the world. This also becomes the best-selling PC game and at number 4 in the ranking. 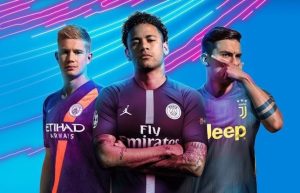 FIFA comes to number third in the ranking of most playing games in the world! As you all know it is a football game and according to the latest study Football (Soccer) is the most popular sport in the world as it has 4 Billion Fans which is enormous. So, with bringing some new changes in it FIFA releases every year new game. FIFA 19 is the most playing version of all yet. According to the study, it is the game which has been sold 17 million around the world. FIFA could be playing online you can connect with your friends or strangers and have a match with them which seems to be interesting. So, FIFA 19 is the fifth most playing game in the world now!