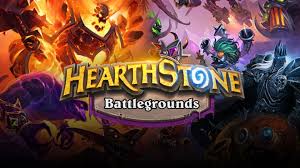 Hearthstone game app was developed by Blizzard Entertainment, Inc. for Android users and maybe you have heard about this company before. It releases many game apps that you will love, the apps include, “Blizzard Authenticator”, “Overwatch League”, etc.

It is an exceptional mobile game for digital card enthusiasts. Hearthstone has been developed along the lines of World of Warcraft. There are nine classes in the game, each having its WoW equivalent along with a variety of play styles for the users. Options are also available to play in single-player and multiplayer mode.

The gameplay is exceptionally versatile that allows users a range of ways that they can adopt while playing the same. Hearthstone is so intriguing that it keeps users on their toes. It is almost impossible to imagine a more perfect way of getting digital experience.

This is the most addictive mobile game we have found and we have ever played.  The best thing about this game is that its art direction, sound design, and interactions between all the characters just make it so fun to play. We have found just another loveable thing in this game is that they are always adding new content and updates. This is a great strategy card game with elements of randomness. You will get fun when you will play this game.